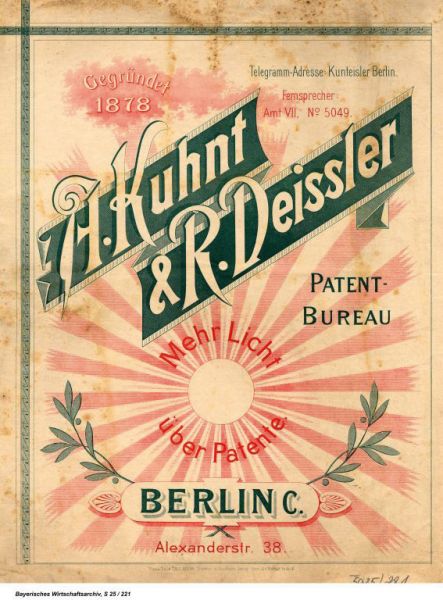 Brochures of our
predecessor firm of 1891

The patent and law firm RAU, SCHNECK & HÜBNER dates back to 1878.  Its predecessor firm was founded at that time in Berlin, only a year after the first German patent law came into effect and the firm then partly moved to Nuremberg after the Second World War.

At the beginning of the 1980s, Dr. Manfred Rau laid the foundation for the lasting further successful development of the firm following the retirement of the senior partner at that time.  After the association with Dr. Herbert Schneck there followed as partners Gerd Hübner in 1991, Dr. Albrecht Rau in 1999, Dr. Matthias Hofmann in 2004, Dr. Peter Bauerschmidt in 2006, Dr. Oliver Ruhl in 2007, Dr. Stefan Hofmann in 2009, Dr. Paul Ganter in 2012 and Dr. Wolfgang Hußnätter in 2014, in each case after extensive training and years of practical experience.

Brochures of our
predecessor firm of 1891